Building a new Collections Center: Native Collaboration with the Museum of Northern Arizona

Shortly after my return to the Museum of Northern Arizona in Flagstaff, Arizona as Executive Director after 22 years away, it was determined that building a new collection center was one of our institution’s highest priorities. Over the previous two decades, the museum had commissioned several studies by conservation experts on the environmental conditions in which its collections were stored. All of these reports said the same basic thing: you have significant collections, a dedicated staff—and your facilities are putting your collections at risk. The museum’s facilities at the time had leaky roofs, cracked walls, poor temperature and humidity controls and no fire suppression system. The storage cabinet drawers were made of wood which off-gassed damaging vapors and expanded when the humidity was high, making the drawers hard to open. It was time to build a new facility. Fortunately, the museum was able to secure funding for this facility from a generous couple, Betsy and Harry Easton.

As the building went into design development, there were three major issues to be considered:

For each consideration a team of advisors was convened. 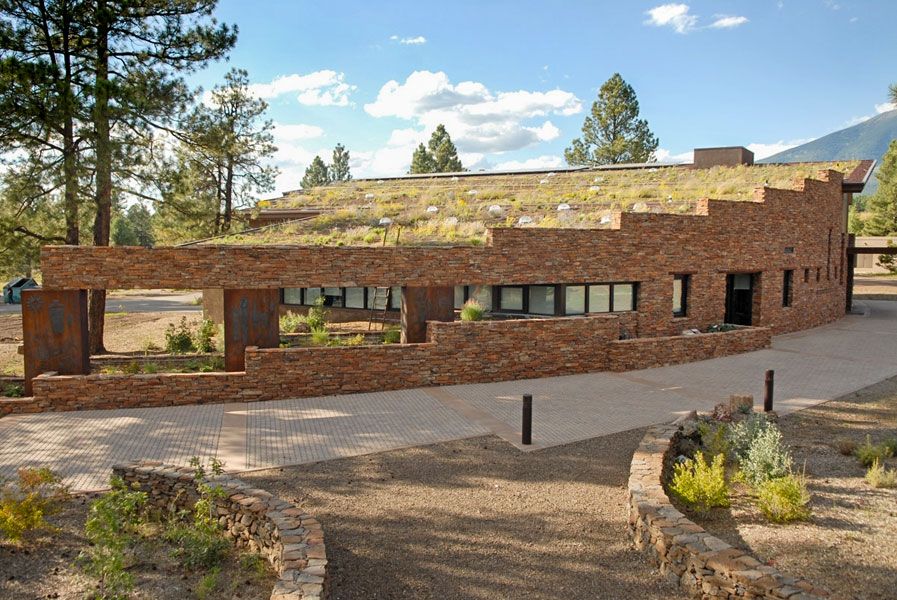 The architect incorporated all of these principles into the design of the building. As the visitor walks around the semi-circular front of the building, the San Francisco Peaks come into view as one reaches the east facing entrance. Adjacent to the front entrance is a narrow, tall glass window, call the “solar aperture”, which channels a beam of dawn sun-light in to the entrance lobby, sticking an inner door on the two equinoxes. Skylights, with flaps that open and close, bring natural light into the structure when people are present. The building is topped by a living roof of native grasses and wildflowers, providing not only a heavy mantle insulation for the roof, but giving it life. All of these measures made the structure symbolically significant to members of the Native American community. The response has been very positive. 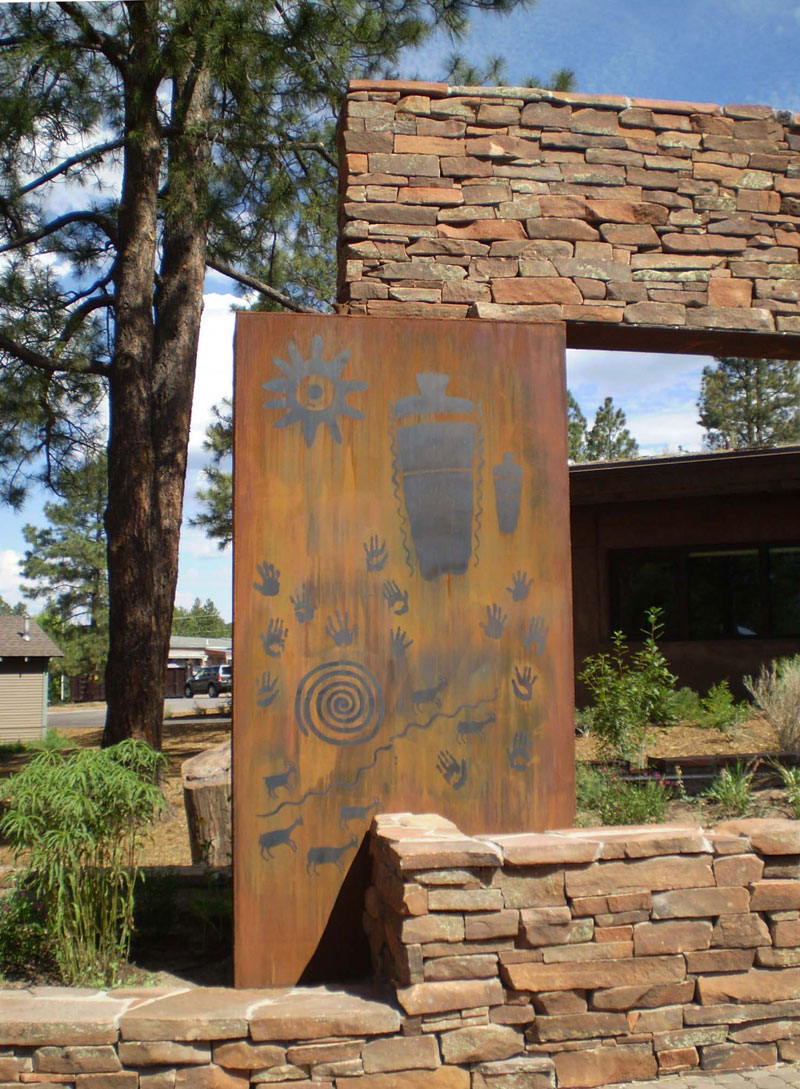 After many blessing ceremonies at its dedication, the facility has seen many visits by northern Arizona tribal community members to view collections of their heritage.

As Jim Enote, the Director of the A:shiwi A:wan Museum and Heritage Center at Zuni said at its dedication ceremony:

“This moment is a monument and testimony to the spirit of a new age of collaboration with tribes as “source communities.” In dedicating this center we are honoring the spirit of listening and caring. Caring to make a difference in the way objects are housed and cared for, and we are honoring the best of ourselves as workers and supporters of this new generation of ideas… For people hoping or planning for a new vision of what a museum collection center should be and look like, the Easton Center stands out as a threshold and beacon for museum workers throughout the world that the next generation of museums has been entered. The promise that new and better ways of respecting indigenous peoples and their cultures has been redeemed and it will continue to improve and knowledge will grow as long as people listen and work together.”