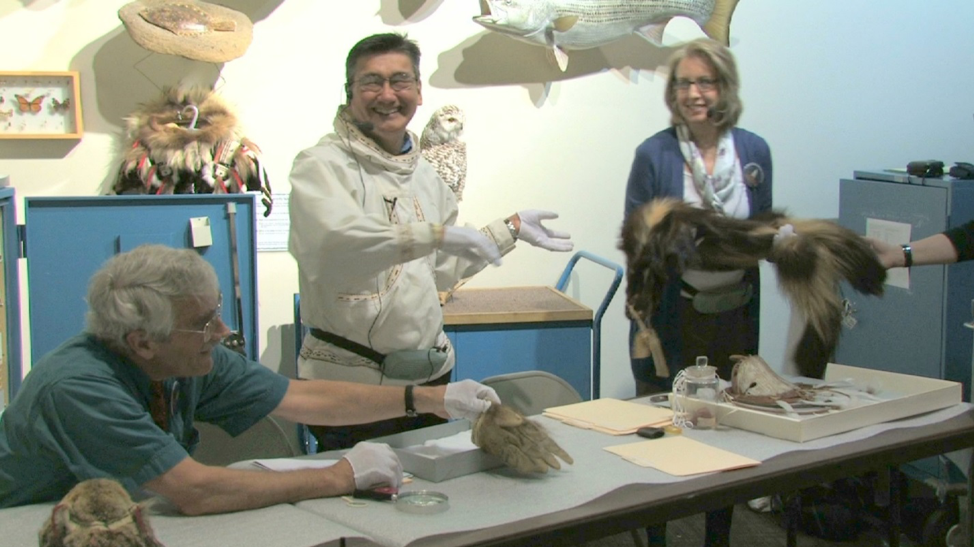 L-R: Dr. William Fitzhugh, Chuna McIntyre, and Landis Smith during a public program at the National Museum of Natural History. 2010

In conjunction with the 2010 opening of Yup’ik science exhibit, Dr. William Fitzhugh and Landis Smith implemented a project to review, with Yup’ik partners, Chuna McIntyre and Mark John (then president of the Calista Elders Association in Bethel, AK), collections at the Smithsonian National Museum of Natural History made by Edward Nelson in Yup’ik lands circa 1885. Nelson was a naturalist who collected birds, mammals, fish, plants, and rocks ad with a particular interest in Yup’ik culture. He learned to speak Yup’ik and travelled from village to village by dogsled with a Yup’ik assistant, trading such commodities as tobacco, thread and metal needles for used household items, hunting gear, and garments. The review was carried out as a public program so that the public would have the opportunity to interact directly with McIntyre and John.